Over the course of 20 plus years of home ownership , I have come to understand that home maintenance requires using my home maintenance “senses”–sight, smell, touch, hearing, and last but not least, common sense.

About a month after we moved into our current home four years ago, my husband decided to investigate a clogged sink in the bathroom.  As he proceeded to grab the pipe underneath the sink, the whole thing came apart in his hand.  Now, our home was built in 1969, and we knew some of the plumbing in the home had not been updated since the home was built, but this was pretty disgusting.   We fixed that pipe and discussed replacing the rest of the plumbing, but never really got serious about it.

Then, about two months ago, we were almost bounced out of bed in the middle of the night by a

lightning strike that sounded like it was right outside our window.  This is where common sense should have played a part, but it didn’t.  After our hearts stopped racing, and we pulled ourselves together, we went right back to sleep.  It would have been extremely beneficial if we had taken a couple of minutes to walk through the house, because when my husband went downstairs to the basement to get ready for work several hours later, he was greeted by a strange hissing noise.  He proceeded into the laundry
room where his bare feet hit about half an inch of ice cold water.  He flipped on the light to get the visual effect…..water soaked ceiling and walls.  Then came the mad scramble to figure out where, what, how…..we managed to shut off the water and then started pulling down the sheet rock….off the ceiling, off the walls…oh the smell of old, wet sheet rock. Up in the ceiling, the old copper piping had sprung a leak and had been spraying everywhere.  We continued to work to shovel up the soaked mess and get it out.  About an hour later, we emerged, covered in wet sheet rock goo, to sit on our front porch and wait for Lowes to open.  As we sat there, we started to notice large chunks of wood strewn about the yard, driveway and street.  Our eyes followed the mess to our neighbor’s tree. Revelation! The lightning had struck his tree; we starting putting two and two together and realized that this had caused the leak in the copper pipe (later confirmed by the plumber).  We were able to dry everything out and temporarily bypass the pipe that had the hole in it; however, we are now in the process of replacing all of the old plumbing, something we should have done four years ago.  We didn’t understand the importance of it, but we do now.  If we have been out of town when this happened, the results would have been devastating.

We often attribute lack of home maintenance to lack of funds, but many times I have found that is not the case.  Many times, homeowners do not know what to look for or have turned a blind eye to something that would have been a small,  fairly inexpensive fix that has now turned into something that has caused major damage with a much bigger price tag attached.  That is where, I believe, the five senses of home maintenance come in.  Most of us know the basics…make sure the A/C and furnace are serviced every year, clean the guttering, etc., but are we noticing that small brown spot on the ceiling that indicates a leak in the roof or that slight separation forming between the house and the patio that needs to be investigated to prevent water damage and further separation?  Are we ignoring that sudden strange sound in the wall or a sudden musty odor in the basement?  What about that spot in the flooring that is soft all of a sudden , or that tree that wasn’t so big when we moved in but now has large limbs rubbing against the house?  I encourage you to train yourself to get in tune with the sounds, smells, sights, and feel of your home, and then add in common sense to round it out.  Your home is not going to take care of itself, but if you take the time to take care of it, it will provide a safe and secure place for you for years to come. 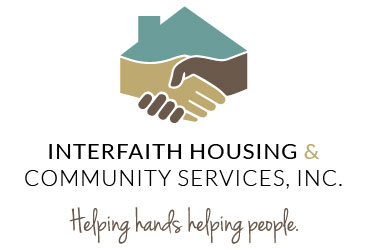